My boyfriend recently exclaimed that my wardrobe was practically a conveyor belt, probably due to the continual clear outs I have…

Well (ahem) he may have a point…

I’m having a bit of a clear out of Summery items (and a few wintery ones) that I didn’t wear this year, or for one reason another have decided to part ways with.

Doesn’t mean I couldn’t have a bit of fun photographing the items with my younger sister though!

(This broken neck look was a mid head swish photo! You just wait the fash pack will all be doing it soon! Ha!)

And having grown up predominately in the 90’s how could I resist a ‘Girl Power’ moment….ahem.

If you’re interested in having a mooch at the items for sale, the link is HERE.

I discovered Kathryn’s beautiful blog after following one of her comments on a post of mine. I love the carefree, easy going vibe her posts create. The nostalgic photography captures her adventures and her adorable style, and her partner regularly features in her posts too!

So without further ado, the beautiful Kathryn from Kitsune-Kun… 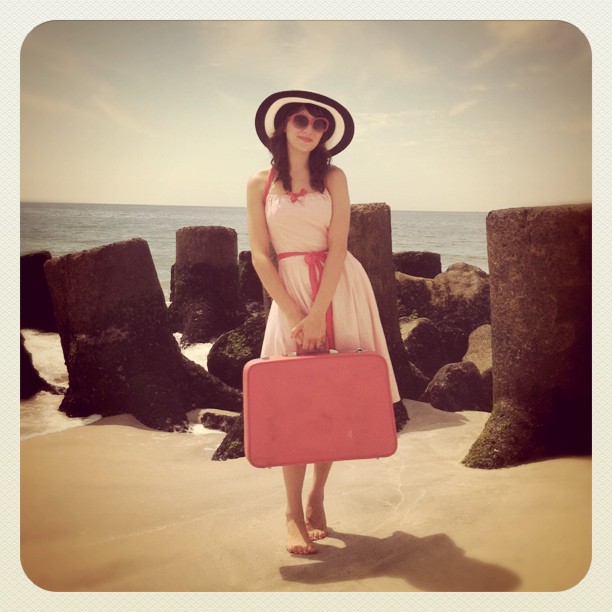 How would you describe your style?

Very influenced by both Vintage and Japanese fashion. I die over cute animal themed things and can’t get enough of cinched waisted, full skirted dresses.

What is your favourite item from your wardrobe?

Hmm that is difficult. Currently I’m quite proud of the first dress I made, so that’s a favourite, but if I had to pick an item that I actually purchased I think it would have to be the off-white antique lace overlay I got for Easter this year off of Etsy. 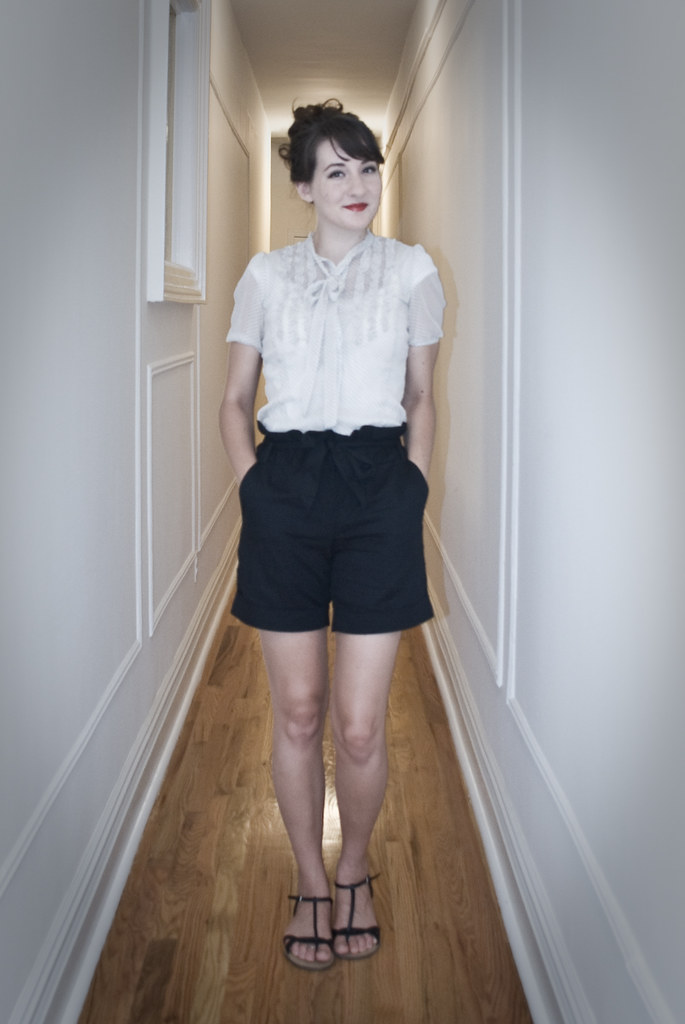 Do you have any style icons?

Nancy Drew is a big one. I’ve wanted to be her ever since I was a little girl, and that got me big into 30’s- 50’s dresses as an adolescent. I would always get excited if I saw something in a store that looked like a ‘nancy drew dress’ or ‘classy sleuth shoes.’

Your apartment looks gorgeous, where do you find all of your trinkets?

Thanks! I love treasure hunting….other people might call it junk hunting, but I’ve always loved exploring antique stores, thrift stores, flea markets, garage sales, you name it. As a five year old I loved collecting tiny glass figurines and putting them in shadow boxes….and not much has changed in that department.

I’ve gotten a lot of cool stuff like kitschy antique kitchen wares at my local thrift store. Etsy has also become a favourite haunt of mine, but there’s still something more rewarding about doing the physical sorting and digging yourself. Some of the best stuff though, like figurines and music boxes, have come from my grandparents. 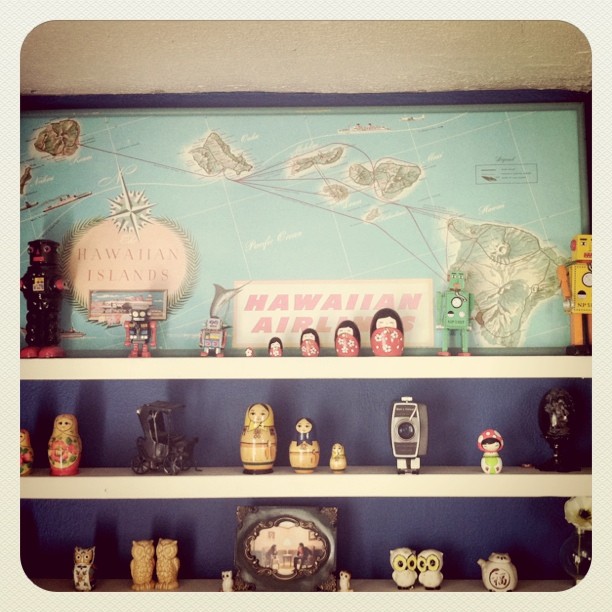 It’s a rainy Sunday afternoon…where would we find you?

If it’s summertime and the rain is warm, then I’d be outside feeling the fat drops on my hands and taking in the musty smell of wet earth. I’d also probably be trying to film close ups of wet things while making Ryan hold an umbrella over my camera.

If it’s winter, though, or just plain cold out, then we’d probably be watching the rain through an open window from the warmth of our sitting room whilst doing an art project of some sort. I’ll admit it, I hate being in cold rain.

Why have you both decided to move to Manhattan?

Ryan is going to Columbia Law School, starting in August, and I’ll be working and Graduate School shopping during the first year, and hopefully I’ll be attending a school with a Masters and PHD program in critical film studies eventually. 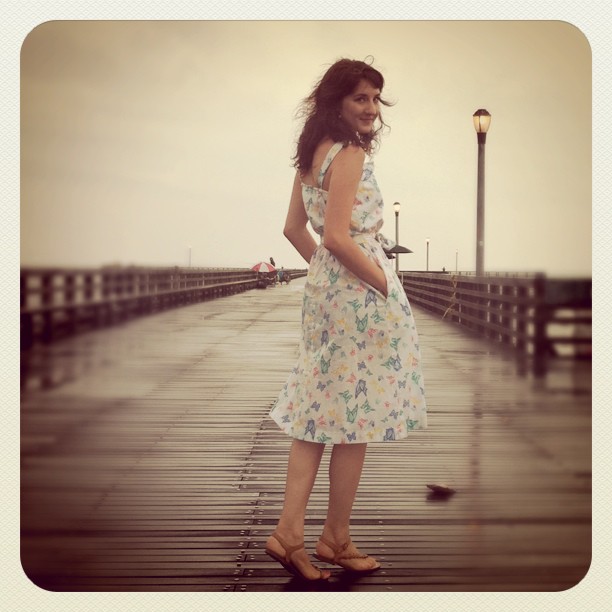 Your partner (like mine!) often cameos on your blog, how long have you been together and how did you meet?

That’s my Ryan! We’ve been married a little over a year, we dated for about a year before that, and we were good friends for a year leading up to that point.

I initially met him as my friend’s boyfriend, but before you go thinking I’m a horrible witchy boyfriend stealing dame, rest assured it wasn’t really one of those situations. We didn’t start dating until about about a year after we met, and that was after a strong, solid friendship had the chance to develop and we both eventually knew we were made for each other. 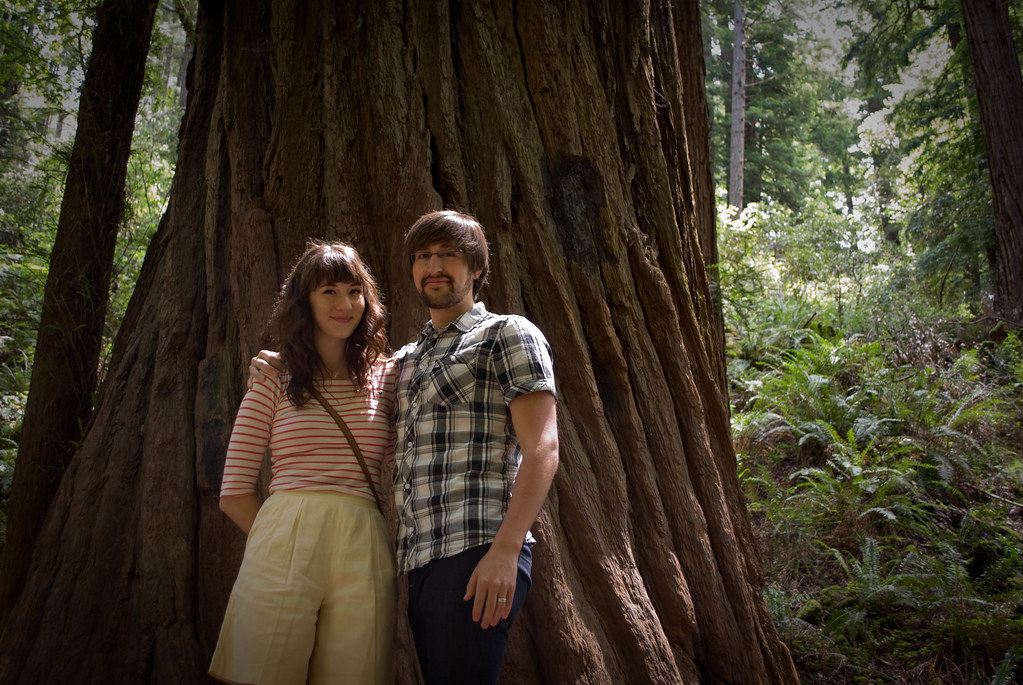 Okay, I’m a bit of a wimp, so I think first off the weather would have to be really nice- like not above 80 degrees and no humidity. That being said, I’m a sucker for the ocean and beach boardwalks, so I think a really great day would be to spent the heat of the day out on a boat somewhere with crystal clear water and a vivid, colourful coral reef where we could swim and snorkel and explore.

There would be schools of seahorses and lots of starfish in all different colours, and nothing would swim away in fear just because I was floating around. Then, just before dusk we’d go back to the beach and hang out at a boardwalk with turn-of-the century design, an opulent old fashioned carousel, a huge classic ferris wheel, and one of those really cool old fun houses that don’t exist anymore because of the accident liability.

As dusk faded into evening, the whole boardwalk would start to glow by the light of huge, round, incandescent bulbs, bathing everything in a warm light, and then, just because this is my fantasy and I get to call the shots, lots of fireflies would start to appear and hover around the park and the beach, blinking and flickering in the dark and adding to the overall nostalgic magic.

Ryan and I would buy ice ream cones and stroll along the boardwalk, and just as we finished our cones, we would run into a live band at the end with lots of couples dancing under the stars and amid the fireflies. Ryan would twirl me around and we’d dance together onto the beach to look at the lit up park from far away. 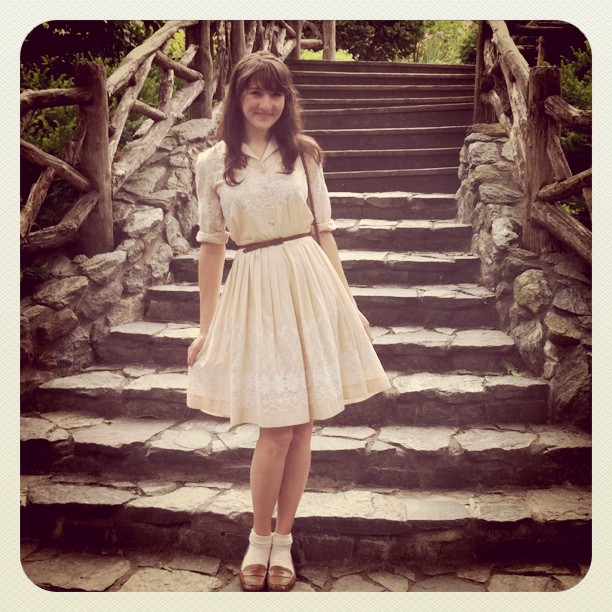 I’m always on the hunt for particular items, is there anything you’re after currently?

Well, since we just made a big move to a much smaller place, I’m pretty much starting from scratch again. I left all my favourite trinkets and decorations as my parents’ house for safe-keeping, and our apartment is unfurnished so I’m looking for everything!

A current indulgence though, is hot air balloon themed decorations. I want to try and make one out of wood and fabric to hang in our room, but I’ve definitely been hunting the internets in case someone much more talented has already thought of it. 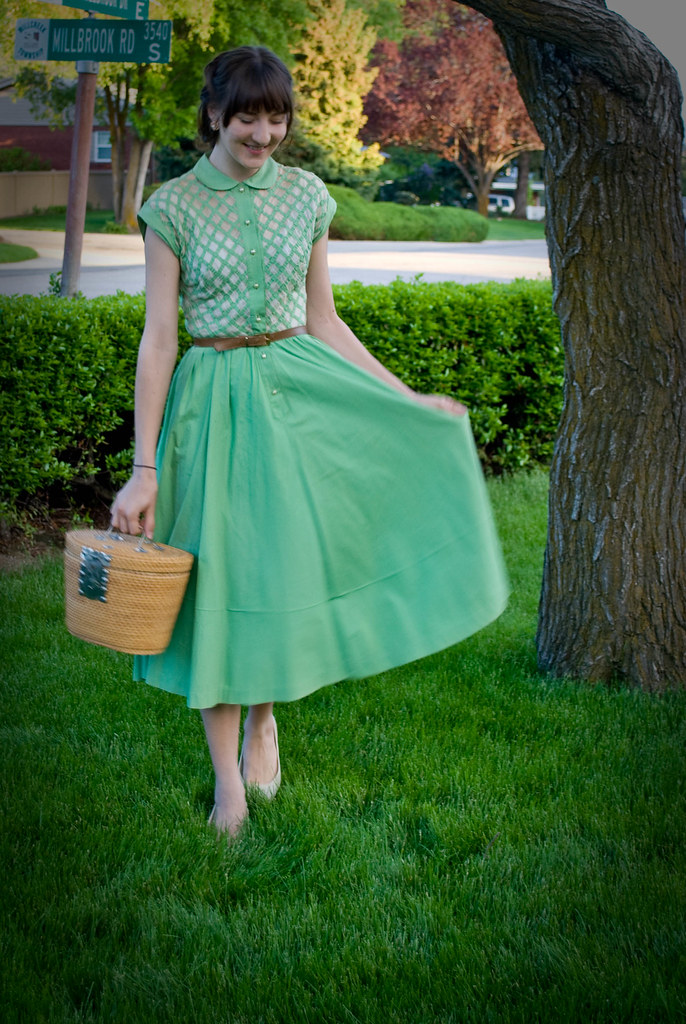 Do you have a favourite film?

-So many! The current top three that come to mind are Late Spring, The Royal Tenenbaums, and Pee Wee’s Big Adventure 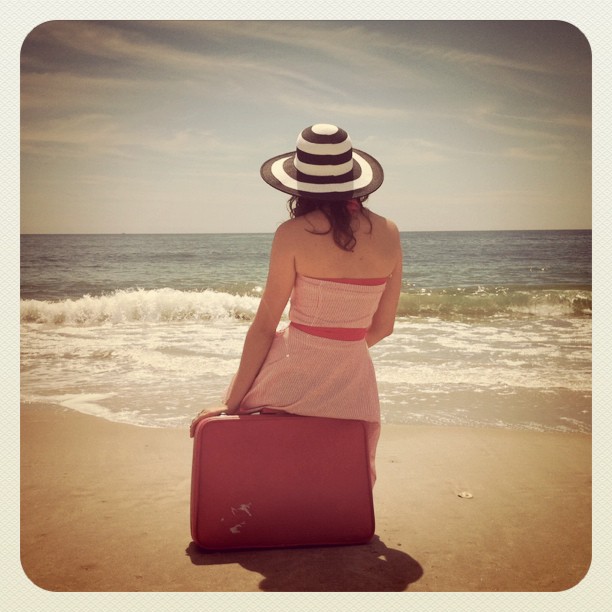 Thank you Kathryn for your wonderful answers and for being so patient for how long it took me to get this post together!

I’m off to London this week for another London Date (woo!) in which Joshua and I will be joined by his Mum! Very excited about what we’re going to see too!

Hope you all have a lovely week!